BERKELEY – Becker’s Boat Basin and another small property could be purchased and preserved as open space.

Mayor Carmen Amato said that these two properties were on a list for potential open space purchases. The Township Council passed a resolution approving the county’s purchase of these two parcels.

According to Marinas.com, Becker’s was listed as 65 Bayview Avenue. Located near Martell’s Water’s Edge, it was known as a great place for crabbing a number of years ago but has since closed and fallen into disrepair.

The county is expecting to purchase the land during the County Board of Commissioners meeting on March 17.

The other parcel is a vacant lot on Harbor Inn Road. It is adjacent to other property that is under the jurisdiction of the county’s open space.

Attributed to the name Wilson, it is also next to homes, according to a Google Map location sent by the county.

There is no date for this proposed purchase.

The Ocean County National Lands Trust Fund is fueled by a tax on all property in Ocean County. A volunteer board makes suggestions to the County Commissioners on what to buy.

The county prefers municipalities to sign off on purchases. This is because any time land becomes open space, it is taken off the tax rolls. The county wants to make sure the town approves of taking away a source of potential revenue. Often, town officials choose that it is worth it. They decide that it is better to protect the land than to open it up to development, which will cost them in school taxes and in other ways. In that situation, any tax revenue from a development of homes is offset by the tax increase in services to those homes. They also consider environmental impact.

In related news, Lisa Hodgson, Surf City, was appointed to National Lands Trust Fund Advisory Committee as a new member on March 3. Her term ends February 18, 2024. She was appointed after member John Wnek did not seek to be reappointed, officials said. 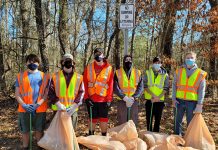 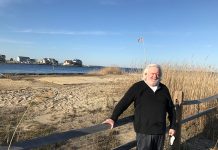