BEACHWOOD – Beachwood native Seaman Cooper Legrand is now serving aboard one of the world’s most advanced nuclear-powered submarines, the USS Alaska.

Legrand graduated from Toms River South High School in 2019 and joined the Navy two years ago.

He currently serves as a yeoman whose responsibilities include supporting the administrative needs of the command and personnel.

“I remember watching the events of 9/11 unforld,” said Legrand. “It always made me want to do something to make sure nothing like that could ever happen again.”

Legrand explained how the values required to succeed in the military are similar to those found in Beachwood.

“You had to take care of your own in my hometown,” Legrand said. “That ties in with the Navy. Friendships and backing each other up are important here.”

The Navy’s submarine force, also known as America’s “Silent Service,” operates a large fleet of technically advanced vessels. These submarines are capable of conducting rapid defensive and offensive operations around the world, in furtherance of U.S. national security.

“Fast-attack submarines are designed to hunt down and destroy enemy submarines and surface ships; strike targets ashore with cruise missiles; carry and deliver Navy SEALs; conduct intelligence, surveillance, and reconnaissance missions; and engage in mine warfare.”

“The Navy’s ballistic-missile submarines, often referred to as ‘boomers,’ serve as a strategic deterrent by providing an undetectable platform for submarine-launched ballistic missiles. SSBNs are designed specifically for stealth, extended patrols and the precise delivery of missiles.”

“Guided-missile submarines provide the Navy with unprecedented strike and special operation mission capabilities from a stealthy, clandestine platform. Each SSGN is capable of carrying 154 Tomahawk cruise missiles, plus a complement of heavyweight torpedoes to be fired through four torpedo tubes.”

Legrand is part of a team that is taking on new importance in America’s focus on rebuilding military readiness, strengthening alliances and reforming business practices in support of the National Defense Strategy.

“The Navy is a big threat to anybody,” Legrand said. “Most people who aren’t American are afraid of our capabilities.”

Navy officials stress that the prosperity and security of the United States is directly linked to a strong and ready Navy, especially since more than 90 percent of all trade traveling by sea and 95 percent of the world’s international phone and internet traffic carried through underwater fiber optic.

“We do two big things here in King’s Bay: we send SSBNs on Strategic Deterrence Patrols and we forward deploy our guided missile submarines overseas,” Rear Adm. John Spencer, Commander, Submarine Group Ten said. “This work is essential to uphold the number one mission of the Navy: strategic deterrence. And this is the only home port for both of these types of submarines on the East Coast.”

“Serving in the Navy means I get to put in the work to ensure that the people back home are safe,” Legrand said. 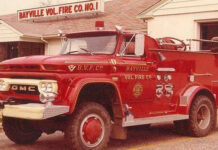 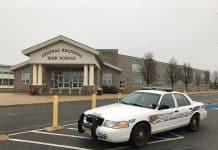