Outlook: The Mariners have won five Class A South titles over the previous seven seasons, including the last four, and look for North to again be at the top of the heap.

“Obviously, we lost some experience and scoring to graduation from last year’s very successful team,” Caswell said, “But we do not expect to drop off. I can see us being better with the emergence of a very talented junior class which already has a ton of varsity experience. We have a lot of experience back from last year’s team along with a lot of skilled newcomers. We believe this team has a very high ceiling because of its overall size, length and skill set. I see us as a top team in the Shore Conference.”

Dunzack, Hallenbeck, Baker and Spence are three-year varsity players who played major roles on last year’s team. Hallenbeck hopes to play college football and his name is on the lips of Rutgers, West Virginia and Boston College.

“Vansprang will likely be our fifth starter,” Caswell said. “He will handle the ball a lot at point guard to allow Spence and Baker opportunities to get down the floor. Schlosser, our sixth man, is a quick, slashing guard who will play all three guard positions. Spence has the potential to be one of the top point guards in the Shore Conference. Baker, Vansprang and Schlosser give us plenty of talent and shooting at shooting guard and small forward. Pruitt, Craig, Marsh, Kazanowsky and Browne are all coming off successful football seasons (North was 6-2-1).”

Dunzack and Hallenbeck are formidable inside.

“Our size and inside scoring will be our strength,” Caswell said. “I believe Dunzack and Hallenbeck can be among the best scoring power forwards and centers in the Shore Conference. Both have good post up games with great size and both shoot the three-pointer very well.”

North plans to throw different looks at its opponents.

“Our depth will allow us to be versatile in the way we play this season,” Caswell said. “We can either go with our long-big lineup and play a large zone with three guys who stand 6-5-plus in the back line or we can use our athletic depth, which will allow us to play five long athletes and full court press when needed.”

Outlook: One of the state’s most interesting prospects, Rhoden transferred to Central about halfway through last season after playing on the Rutgers Prep varsity team. Rhoden played in one game for Central, scoring 11 points and adding five rebounds, five assists, four blocks and three steals in a loss to Holmdel.

Rhoden, a 185-pounder, spent the off season playing for the New York Rens, a New York City team that competes on the NIKE circuit. He’s a product of the Central Regional Middle School team.

“The circuit is the highest level a player can play on,” Clemente said. “He has always been an elite defensive player. He can defend multiple positions, including point guard. He blocks shots and plays above the rim. He has always run the floor very well.”

Rhoden has improved his offense.

“We put a lot of work into his offensive game heading into this season,” Clemente said. “We totally changed his jumper, breaking it down from scratch. He is able to step outside the three-point line and score and he has the ability to score the ball around the basket. We changed his shooting 180 degrees. We made shooting a lot simpler for him and he is going to continue to get better.”

Clemente said Rhoden, who is enrolled in honors classes, made an unofficial visit to Princeton University last spring.

“Rutgers is also keeping an eye on him,” Clemente said. “There is a big buzz surrounding his name at the (NCAA) Division l level. We are all very excited. We all have high expectations of Kyle, but everyone has to realize he is only 16 years old.”

Martorano began playing for the Golden Eagles as a sophomore when they were 22-6. He starred at wide receiver for Central during the 2018 season.

“He earned his playing time that year with his defense,” Clemente said. “He and Altieri are our captains. Darius became a big scorer during the second half of last season. He gets a lot of steals as he gets into the passing lanes. We will run a lot of our offense through Darius. He knows how to push his teammates to get better.”

Outlook: Williams is 89 points from the career varsity 1,000 milestone.

Gawronski, a 2007 Brick graduate, is third on the Green Dragons’ career scoring list with 1,315 points. He played shooting guard for three varsity seasons. Atop the school’s career scoring list is Joe Spitale. Stan Czekay is second while Mike Arace is fourth. They are the lone players in school history to score either 1,000 or more career varsity points.

Outlook: It figures to be a fun season for the Rams.

“A challenging schedule will make for an exciting year,” Fierro said. “We are a work in progress. We have senior experience mixed with young talent.”

Outlook: This could be a rebuilding year for the Piners.

“For the first time in many years, the Piners are in survival mode,” Holmes said. “This year’s team lacks experience. We are hoping to be competitive. Our numbers are down on the freshman, junior varsity and varsity levels.”

Outlook: Correa, who transferred from Rutgers Prep during the off season, and Dakota Adams have committed to play for West Virginia and Bridgeport (Conn.), respectively.
Beauchemin expects a big season from the Hawks. 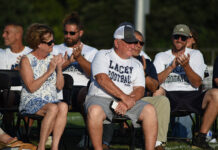 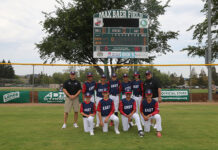