LACEY – Organizations like the Old Guard of Forked River, Lacey Italian-American Club, the Lacey Municipal Alliance, Women’s Club of Lacey and several others have settled in to using the new township community center at 15 East Lacey Road, Forked River.

The new facility opened up to organizations and for private rentals back in January and is only a short distance from the former Community Center which was used for many years.

The Charles W. Smith Community Center replaces that facility. The current center was purchased by the township from the local Knights of Columbus chapter who had rented it out for many larger functions and hosted many of their own events over the years.

The name of the new facility comes from noted Lacey philanthropist Charles A. Smith, the owner of the former Hollywood Farm located east of Jones Road. According to historical records, his will included funds that were donated to local churches as well as $150,000 that went to the township for the construction of a community hall that was built in 1924 and was later remodeled and enlarged at the prior site.

Township Clerk/Business Administrator Veronica Laureigh told The Southern Ocean Times since the facility opened it has been “very busy with clubs and organizations and private parties.”

She noted the township had invested additional money in there this year “for some new chairs, round 72-inch tables and replacing the remainder of the flooring and giving the bathrooms a face lift. It was a very good fit for the community. It provides us with more functionality than the old center.”

As to the old site, it was being used by the Ocean County Board of Health as a testing and vaccine site. “We have completed the analysis on the title and there are no restrictions on selling the site,” Laureigh said. The governing body has an appraisal and a profile of the site to market it for sale.

The new facility is also available for rental for private parties to residents on Fridays, Saturdays and Sundays from 5 p.m. to midnight.

It costs $600 to rent the facility for an entire Saturday or Sunday plus a $200 refundable deposit for the card room and ballroom. 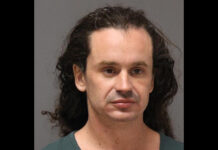