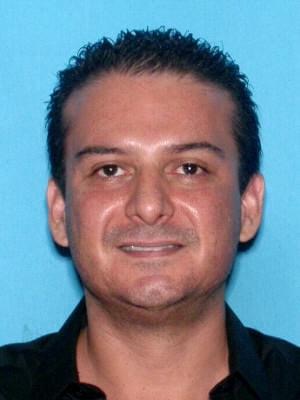 BARNEGAT – A scam artist met with a local resident in a parking lot to get cash, claiming he was an attorney trying to get his nephew out on bail, police said.

Juan C. Piedrahita, 49, of Hollywood, Florida, was charged with Theft by Deception, according to Ocean County Prosecutor Bradley D. Billhimer and Barnegat Township Police Chief Keith A. Germain. The suspect is still at large. Anyone with information about his whereabouts is urged to call Detective James Purcell of the Barnegat Township Police Department at 609-698-5000, ext. 262.

Piedrahita allegedly pretended to be a lawyer and called an elderly man and told him his nephew was in a car crash, was under arrest, and needed $10,000 cash bail. The victim brought the cash to the CVS in Barnegat and paid Piedrahita. This time Piedrahita was pretending to be a courier.

Piedrahita called the senior another time trying to get another $10,000 for damages for the crash. The victim went to the bank again. It was bank employees who questioned the man and suggested he was being scammed. He then contacted his nephew and learned the truth.

Police were able to get surveillance footage of the parking lot. This caught a license plate of a car rented from Newark International Airport which was linked to Piedrahita.

“Sadly, these types of scams targeting senior citizens are all too prevalent in Ocean County,” Prosecutor Bradley Billhimer said. “I urge our residents to speak with their elderly family members about potential scams that target seniors, so as to prevent them from falling victim to predators seeking to cheat and extort them.”