TOMS RIVER – A week before the Jersey Shore’s official start to summer, a major intersection and stretch of state highway that carries both locals and tourists was finally, mostly cleared of those orange construction barrels, and finally had all lanes opened to traffic.

After numerous delays and fighting between county and state officials, the intersection at Routes 37 and 166 is almost done. Almost. The paving is completed and all lanes are opened. The only things left to finish, according to Ocean County Freeholder Joseph Vicari, who spoke to officials familiar with the project today, are the striping and landscaping, which should happen some time next week.

The original $11.7 million project—whose costs have surely ballooned, Vicari mused—upgraded the intersection of Route 166 with Route 37 “by installing a raised median barrier between opposing traffic, improved the roadway geometry, made traffic signal improvements between Highland Parkway and Old Freehold Road, and widened the roadway by constructing a new through lane on Route 166 northbound and southbound. In addition, the project will made drainage improvements, construct a retaining wall along the west side of Route 166 adjacent to the Dover Mall redevelopment and installed additional sign structures,” according to New Jersey Department of Transportation officials.

The project was started in March 2016 but had to be suspended due to a state shutdown in 2017. Weather and other issues also pushed back its completion.

The latest promise was that the work would be completed before the summer season, and that was seemingly delivered. But Vicari, a vocal critic of the work’s slow progress and the state’s indifference to the economic destruction the construction caused, is having a tempered celebration.

“I’m glad it’s done after all these years,” Vicari said in a Friday afternoon phone call to The Toms River Times. But the construction caused “harm to commuters,” and “irreparable harm to businesses.”

Local business owners have reached out to local and state officials, as well as the media, to complain how lingering construction nearly wrecked their businesses. The owners of Corinne Jewelers and Shut Up and Eat spoke at a freeholder meeting almost exactly one year ago to share their frustrations.

“And it didn’t increase capacity as promised,” Vicari added. 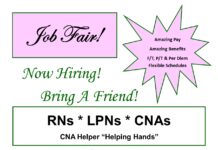